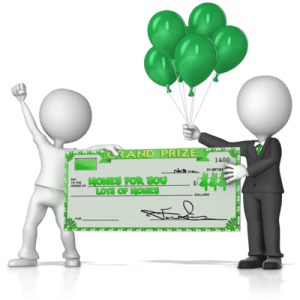 You may dream of having $1 million, but if you got it, what would your tax plan be? One school of thought says just get the money and you can figure out what to do then. I reject that idea and I’ll show you why. The idea should be to keep more of what you make.

A tax plan is a financial plan

Professional athletes and entertainers can find themselves in a different situation regarding taxes. If they are considered independent contractors and not employees, then they would receive their million dollars without any taxes taken out. With even more money in gross income they could spend even more money only to receive a surprise at tax time when they find out how much they owe. I believe this is one of the reasons that we hear about their tax problems. We often hear of the million dollar plus contracts athletes sign. That is like the offer letter you may have received from your employer. As you know, it is does not indicate what you will get after taxes.

Will a lump sum or annuity payments lower your taxes?

In the 1980s I met someone whose boyfriend 1 the lottery $4 million. He opted to take the payments whereas most people take the lump sum payment. Was that a good idea? Today, if you take the lump sum your total federal income taxes are estimated at $356,875.

Will your behaviors cancel out a good tax plan?

I often ask people if you got your entire paycheck on January 1, which month do you think you would run out of money? Most people chuckle and say somewhere around June or July. If that is true, then investor behavior is the big issue. If you had the million dollars you wouldn’t have another million dollars coming the next year. This is especially true if you’re an athlete without a guaranteed contract or a lottery winner. Instead, if you did have the benefit of 20 years of payments you could only spend so much in the 1st year. Then you would have 19 more years of that same $50,000 payment to adjust your spending behavior based on the lesson you just learned.

In fact, you could decide to take the same curriculum as a CERTIFIED FINANCIAL PLANNERTM professional and learn about the financial planning areas of cash flow, insurance, investments, retirement, taxes and estate. Maybe I’d be fortunate enough to have you take one of the classes that I teach at the College for Financial Planning (cffp.edu).

Ready to make the next move and have us help you with where you are today? Contact us to get started.